My newest centaur story, “The Circus of King Minos’ Masque”, went live last night at midnight in Beneath Ceaseless Skies issue #41–yes, those centaurs, the ones with the hallucinogens, the whiskey cellars and the lust for human flesh.

I read a little bit from this story at Boskone in February. It’s the second set in this world to feature Periphas, a human orphan raised by the lord of the centaurs. The third is purportedly to appear in Tales of Moreauvia #4 this fall.

It’s also the first time (at least that I’m aware of) that a story of mine has appeared for sale at the Kindle store–BCS has added a new feature where you can download individual issues to your fancy ereader thing from Amazon for a mere $0.99. Woo!

So many new and interesting ways for you to enjoy ye artfully airborne jewels of flying blood! How can you resist?

I’ll tell you one way you might resist–and that’s if you are not prepared to handle the goreporn and liberal guilt. These are still the same, bad old centaurs, and they are not for the squeamish. 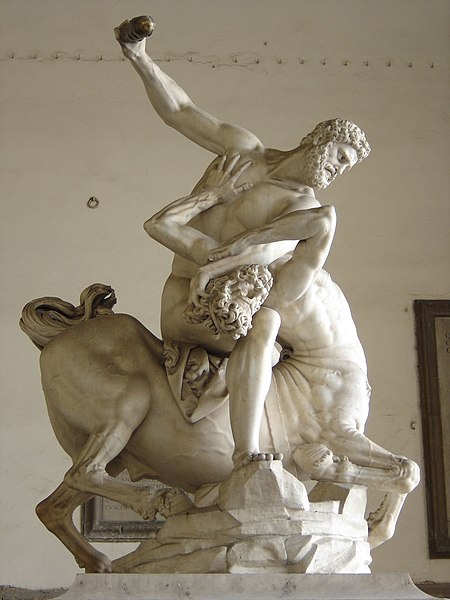 This is Giambologna’s Hercules and Nessus.