Urban Green Man is the both the title and intended subject matter of a forthcoming theme anthology from Edge Publishing for which I’ve been invited to submit a story. Considering all this moss that’s been creeping from my armpits and between my toes of late and the details of my living circumstances over the past couple years, you’d think this would be right up my alley, right in my hermitage, so to speak… but for some reason I’m really having a hard time at it.

The below ramblings on nature and the city are the result of an attempt at writing-avoidance aka “brainstorming” in order to figure out what the green man myth could possibly mean in an urban context and in the modern age. 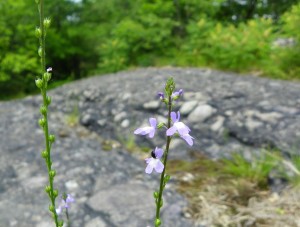 I used to live on Walk Hill Street in Jamaica Plain, on the south side of Boston, more or less equidistant from the Arnold Arboretum, several sprawling Civil War era cemeteries, a small Audobon nature preserve, a community garden, and Franklin Park with its public golf course and picnic facilities and the zoo. It was strange to be situated among all this relative emptiness and think of myself as being in a city. I mean, it is a city, it’s part of Boston, and I did think of it that way—though my having come there from rural Western Mass certainly colored my reaction, whereas somebody like a lifetime New Yorker would likely scoff at the notion. Being me, I quickly ran out of patience with the paved paths. Several square miles of heavily traveled, thoughtfully planned and landscaped verdant stuff weren’t enough for me. So I went where the planning had fallen by the wayside, where most people who came to these places didn’t go, where the few who did were a different sort all together, there for different reasons.

I found all the places where the drunks go to hide, where kids go to smoke weed and paint slogans on boulders. I’m pretty sure I’ve seen the scenes of crimes I hesitate to name. I found an unoccupied tent-village in the overhang of a ledge on the northwest side of the Franklin Park Wilderness, then I climbed the ledge and nearly put my hand in the face of a guy sleeping off his afternoon buzz. In the little wooded trapezoid that connects the pedestrian tunnel under the 203 rotary to the Forest Hills Cemetery gate, I met a couple of homeless guys shaking the rain off their tarps in a thicket one morning when I paused to eat a raspberry or two. “Beautiful night for sleeping out,” one of them said. I thought he was kidding, what with the rain and the humidity, and it surprised me enough to learn the opposite that it didn’t even occur to me to wonder if I’d seen this guy at a stoplight holding a piece of cardboard asking for money. See what I mean? They’re there for different reasons. I tell myself I appreciate these woods more than the fat ladies out walking their yippy dogs. These guys appreciate them more than me, never mind that they’re on an island in a stream of asphalt strewn with trash older than I am, because they live there.

I wonder if Olmstead anticipated this when he was designing the Emerald Necklace. Did his understanding of the relationship between nature and human nature extend, for example, to the fact that if you put a shadowy, secluded wilderness inside a city, it will inevitably be used to conceal evil deeds? Surely he must have considered all the future generations who’d be using his parks after he was gone. What did he expect of us? Or am I making an imposition? As usual with people like Olmstead, Appleseed, Thoreau, I expect more of them than they’re capable. I stretch their legends. Maybe that makes them my personal green men.

But no, that’s just me trying to be glib. Because the green man is not a man. But we’ll come back to that.

There’s a couple of dichotomies to be addressed here in the relationship between people and nature. We can think of nature as something available to us to be used or misused, of having to make a choice between stewardship of land and exploitation. Olmstead designed the parks around the Niagra gorge; he wanted the whole area preserved in its natural state, a national park before there were national parks. He was trying to strike a balance between preserving the natural beauty and making it accessible to human visitors–humans, in theory, being the only ones capable of appreciating that natural beauty as such. What he got instead was a guarantee that the parts he had already landscaped, the manicured paths and gardens leading right along the edge of the gorge, would remain, but that pretty much everything else around, down to the blade of grass, would be leveled and replaced with motels, conference centers, fast food joints, quickie wedding chapels and casinos. Niagra was not then and has never become a city; it went from being a spectacular natural attraction in a natural setting to a spectacular natural attraction lined to the gills with concrete and exploited at both ends by industry. In the city, there’s a different dichotomy. The people and the concrete are already there. When you put in a planned park for all those people to use, you expect them to use it according to human nature, to misuse it, to get drunk and wander through it bawling, to throw their trash all over it, etc, but you try to strike a balance between making it beautiful enough to attract all those people to do those things to it and fortifying that beauty sufficiently that they don’t ruin it in the process.

It’s the tragedy of the commons: the tendency of people to exploit something unto its destruction if they’ve been told it belongs to everyone. In this case it’s literally that, because though Boston Common existed long before Olmstead, he was the one who made it what it is today, with its frog pond, baseball fields, public gardens, swan boats. There are no neglected wildernesses in Boston Common, no forgotten corner where the undergrowth has been allowed to overwhelm the lawn and hobos can go to take a peaceful nap if they aren’t interrupted by would-be rapists scouting locations. The Common is too well-used, too representative of what Boston is, for the city to allow that. Maybe Olmstead expected the same of Franklin Park, and it was just the vicissitudes of time and economics that prevented Boston from expanding to resemble New York and turned Jamaica Plain from the upscale bedroom community for rich Victorians it was into the amazing but downtrodden chaotic melting-pot it has become. On the other hand, Central Park still has neglected wildernesses, and crimes get done there. In fact, Central Park and those woods on the upper end of Manhattan wherein my big mouth got me in so much trouble with Tempest Bradford maybe make a pretty good counterexample to my theory of Boston Common and Franklin Park. Maybe there’s a continuum between how many people use a particular piece of nature and how drastically its use deviates from its designer’s utopian vision, but it’s non-linear.

Which I guess leads back to the original dichotomy, the one I brought with me to JP from Western Mass, the one I brought to Tempest’s imagined urban wild from my cushy South Suburban Boston upbringing, and in progressively diminishing form, the one I brought with me from the manicured Emerald Necklace beauty of JP to the neglected wastelands of north suburban Detroit. I am the proverbial country mouse in the city. People from the country have an utterly different understanding of, expectation of and interaction with nature than people from the city. And I am allowing for nearly infinite gradations of country and city here: Boston is not Manhattan is not Detroit is not Westwood is not Northampton is not Amherst is not the Hill Towns is not Baxter Park Wilderness is not Marquette. I’ve spoken to many city folks who can’t conceive of living outside the city, wouldn’t know what to do. And a few very deep-rooted country folks who wouldn’t even come down out of the Hill Towns to Northampton, let alone all the way to Boston. Last time I was in Western Mass, filled with joy at being among “real” wilderness again, I met an Alaskan who simply could not wait to get back to her beloved blasted tundra. And I couldn’t blame her, though she got kind of insufferable about it. Those guys sleeping out in Franklin Park in the rain—I don’t know the first thing about them—is that “real wilderness” to them? Is it privacy, home? Is it other?

This, then, is the problem. Nature is other. It’s everything that isn’t us. Which is exactly why I love it so much. Yes, yes, we’re part of nature too–but not all of it, thank god. Because I get tired of us pretty quickly. The green man, to me, is the result of an effort to give face to the faceless. He’s a personification of nature, originating back in a time when nature was a hell of a lot scarier than it is now, and it was comforting to cover that up in a smiling mask of oak leaves and make sacrifices to it once in awhile when you really wanted things to go your way. And as we progressed away from that nature, considering it more and more a thing to be exploited rather than begged mercy of, that oak-leaved face became a fun, nostalgic thing with which to decorate carved mantelpieces and pub shingles, and eventually we forgot all about the trick we’d been playing on ourselves and only saw the face.

I actually get a pseudo-religious high from being in (what I consider to be) real wilderness. I have never experienced this high in the Arboretum or Franklin Park, or on Belle Isle, Olmstead’s contribution to Detroit. I experience a palpable relief at not being surrounded by car exhaust and concrete, but it’s a long way from the sublime. That’s not Olmstead’s fault. I think partially it’s mine. Because I’m spoiled. I was born in Boston, but I only lived there a year before moving out into the trees. Maybe if my parents had stayed, let me acclimate to humanity a little better…well, I’d probably be a different person all together. But I wouldn’t be in such a pickle when it came to writing about an urban green man. Because to write this story, somehow I’m going to have to figure out how to see the sublime in the scraggly sapling growing from the brick wall of an old brownstone, in the plantain shoving up between sidewalk cracks, the graffitoed face of a boulder, the tree frogs shrieking in a cemetery. And then, somehow, I’m going to have to give that feeling a face.

Huh. You know, against all probability, I think that may actually have helped. Thanks, everybody! And happy solstice.